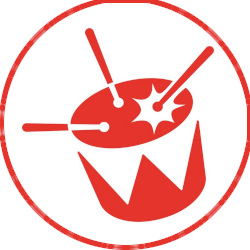 As the ABC moves closer to its 90th anniversary on 1 July, there have recently been two pieces of good news for the Corporation’s ability to remain one of Australia’s key icons going forward.

Former ABC host Geraldine Doogue, an ABC institution herself, wrote recently about how she now sees the ABC’s cultural output being as crucial as its news role in attracting strong audiences, particularly among younger people.

Doogue cited the record number of people, with an increase in younger voters, who recently engaged with the ABC’s Classic 100 Music for the Screen. Some 2,156,486 listeners voted, the biggest Classic 100 in its 21-year history.

“Translate that via the multiplier effect to listeners and you scoop up huge numbers of Australians, clearly many converts for the first time, judging by the wonderful recorded feedback,” she wrote.

Doogue said the ABC itself and its “pay-masters in Parliament” need to take note, particularly, as she wrote, that the ABC’s key role as the nation’s “most significant cultural institution tends to get a bit lost amidst the information focus, particularly on news and current affairs”.

Radio gold across different ages and groups resulted, Doogue said, across the weekend through the “personal interaction between listeners and the on-air announcers—having such obvious fun—plus the incredible emotions expressed via the text-line and the recorded inserts”.

The challenge for the ABC’s cultural programs, she said, is to find the balance between being edgy and risky enough to attract and retain younger listeners and viewers while not alienating its rusted on, older audiences.

It can’t assume people’s taste the way it once did. It has to explore with them and keep taking risks to both lead and follow. It needs to trouble its older audience a bit: aggravate not alienate though, has always been my mantra.

And new research shows that the ABC’s news programs are going to have to resonate with young Australians, who are now turning away from social media as their source of news.

According to the University of Canberra’s Digital News Report: Australia 2022, while social media remains Gen Z’s main source of news (46%), social media as a source for news has fallen by eight percentage points in the past 12 months.

Some three-quarter of people under 35 are, however, currently avoiding news programs because of the amount of political and coronavirus news (53%) and the negative impact these stories have on their mood. Lead author, Professor Sora Park said:

Too much newsroom attention is going toward topics like politics and coronavirus and is pushing young people away from news all together. Young people have broader desire for diverse news, agendas and voices

Interesting, younger respondents also said they believe that news organisations should publicly take a stand on issues like climate change.

After successfully trialling employment of a Youth Engagement officer last year, ABC Friends Victoria is moving to again employ someone to develop programs and initiatives which will raise awareness among young people of the importance of public media and an independent national broadcaster.

This person will also ensure that the organisation’s social media platforms, particularly Instagram, are effective in reaching new young people.

Please contact the ABCFV office if you would like to have input into our youth engagement program.