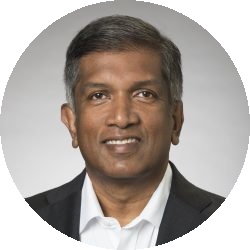 ABC staff are preparing to vote on protected industrial action as many question outside jobs held by the broadcaster’s “Chief People Officer”.

Several sources close to the latest enterprise bargaining agreement (EBA) negotiations have told this newsletter that ballots for protected industrial action at the ABC are extremely likely.

The last protected industrial action at the ABC, in 2006, saw some programmes taken off air.

The staff anger follows ABC management’s rejection of pay and conditions requests being made by the broadcaster’s two main unions: the Community and Public Sector Union (CPSU) and the Media Entertainment Arts Alliance (MEAA), which covers journalists.

ABC staff have already voted “no” to a management offer of a nine per cent pay rise over three years, which would see wages drop in real terms.

In recent decades, wages at the ABC have generally kept up with inflation, but there has been no real increase in wages, in spite of increased workloads, drastic technological change and a huge increase in services staff must cater for.

However, it’s not all about wages: management is, according to one anonymous source, “abusing its authority” by rejecting almost all suggested changes to conditions as well.

Staff involved in negotiations say they have been told that they don’t deserve a pay rise because they don’t generate income, and that, in an economy with almost full employment, there are plenty of places they can go if they don’t like the offer.

The offer from management was a slap in the face for the staff at the ABC, and was their approach to bargaining from the start.

They had an opportunity to negotiate a fair and reasonable agreement and instead they treated their workforce with disdain.

The leadership team’s notion that ABC staff wages should continue to regress because ABC staff do not generate revenue is an affront to all public service workers across the country.

Meanwhile, questions are being asked about the ABC’s chief negotiator, the relatively new head of the human resources department, Dharma Chandran, who joined the ABC in October 2021.

Staff are asking how it is that the ABC’s Chief of People can also hold other positions at the same time as being a senior public servant.

According to Mr Chandran’s Linkedin social media profile, he is a board member of the 7-Eleven retail company, as well as the Managing Director of a consulting company called “TripleTee.”