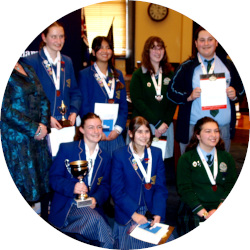 With the support of ABC Friends Victoria’s Ballarat Group, secondary school students have debated the importance of a publicly funded ABC and its relevance to young people.

Students from Years 9 and 10 debated the relevance of the ABC to young people today, while Years 11 and 12 students debated whether a publicly funded ABC is more important than ever for Australia’s democracy.

Read the Ballarat Times article about the competition here

Loreto College, arguing for the affirmative, took out the prize for both debates and Jeanette McCabe, ABC Friends Ballarat, presented each of the six students with a signed copy of ABC Managing Director David Anderson’s book Now More Than Ever, an ABC Friends Certificate and $40.

Loreto College’s Mathilda Carli told the Ballarat Times that her team was pleased to be able to argue in favour of something they are passionate about. She said:

Ballarat High School was runners-up for the Year 9 and 10 competition, with Phoenix for the years 11 and 12. Each were presented with a copy of David Anderson’s book. 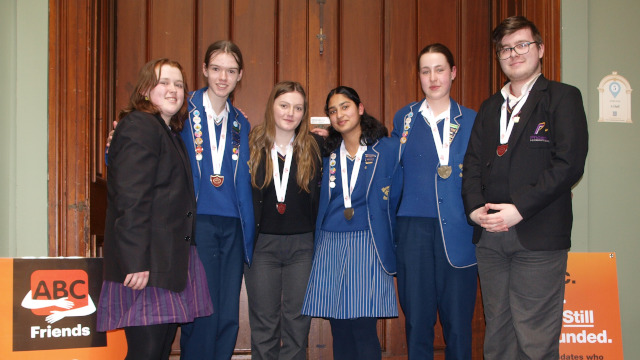 Ballarat Group Co-Convenor David MacPhail said that the two teams arguing the negative side had impressed with their references to the hand choosing of ABC Board members by the government of the day and the threat this represents to democracy. David told the local paper:

We were pleased to get young people exploring the relevance of public interest journalism, more specifically in this case, the ABC,

School-based competitions can have wide-ranging benefits

Ballarat ABC Friends Chair, Maureen MacPhail, said that the group’s decision to join in with the established South Street event this year had worked very well.  The group ran a successful essay competition last year, but this was harder work to elicit interest among schools.

Local media coverage of the competition helped boost entries and the winning essays were published in the local media. Maureen said involving local journalists as judges also helped to “consolidate a collaborative relationship with the two local papers and local ABC radio”.