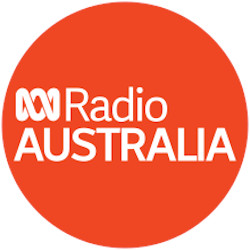 ABC staff in the network’s Radio Australia newsroom in Melbourne are watching tonight’s budget with anticipation, hoping it will include funding for its restoration in the South Pacific.

It’s been reported that the Albanese government plans to use tonight’s budget to, among other things, allocate $32m over four years to boost the ABC’s broadcasting in the region.

It follows the drastic cuts instituted by previous Coalition governments and is believed to be part of a much larger package designed to restore Australia’s reputation in what has, in recent years, become an important geopolitical area.

The ABC recently announced that it would be resuming Radio Australia services in the Marshall Islands, as the broadcaster slowly claws back territory lost after budget cuts.

The sprawling Micronesian archipelago nation, situated about half way between The Philippines and Hawaii, lost its ABC coverage five years ago.

The head of ABC International Services, Claire Gorman, said she was delighted the deal with The Marshalls had been struck.

We will be sharing a curated selection of programs made for, with and about Pacific communities. This agreement will extend access to ABC Radio Australia’s high-quality radio content across the region. — Claire Gorman

The Australian government has plans to review the merits of restoring shortwave radio and the ABC will be contributing to that process. Part of that will include understanding how many people still have access to shortwave radios and the interest or need to use them as an information source.

She said that, in the Papua New Guinea market alone (with a total population of almost 9m people), support for the ABC was soaring.

Research showed that more than half of respondents had either watched ABC Australia (TV), listened to ABC Radio Australia or accessed the ABC online in the second half of 2021.

Ms Gorman wrote that he proportion of respondents in Pacific markets last year who valued the ABC as a "trusted source of news and information" was comparable to that in Australia, at 75%.

In August, the ABC launched a new digital strategy for the Pacific, which is designed to cater for the rapidly increasing numbers of Pacific Islanders who can now access the internet.

According to reports, the “ABC Pacific” digital service will target tech-savvy, English-speaking urban residents of Pacific nations, expatriate Australians living in the Pacific, as well as Pacific diaspora populations in Australia.