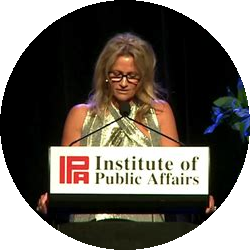 ABC Friends may not be shocked to learn that News Corp commentators can practice hypocrisy but their actions of late can leave observers with no other conclusion.

For years now, writers for The Australian and News Corp’s tabloids have joined in a chorus comprising themselves, right-wing think tanks and some Coalition politicians, decrying what has become known as “cancel culture”.

Cancel culture is the term for the withdrawal of public (and private) support for a person or company that has done something offensive to others. Surely such a thing has existed for as long as public discourse itself, but as the relatively new terminology facilitates a platform on which to conduct a culture war, and as culture wars appear to sell News Corp newspapers, then the pile-on about it has been huge.

Rupert Murdoch has criticised cancel culture publicly, and he was backed up by News Corp’s CEO, Robert Thompson, in 2021.

It’s a confluence of the institutional, the technological, the social and political, and it is important that we stand firm against that morbific movement to mute.”

But they don’t practice what they preach. A recent illustrative case in News Corp’s one-sided approach is the latest Janet Albrechtsen-led attempt to “cancel” ABC journalist Louise Milligan.

Milligan has become a cause celebre for News Corp, Sky News, the Liberal Party and sundry hangers-on for some years now after her reportage contributed to cases involving George Pell and Christian Porter, and the Liberal Party’s behaviour in federal parliament.

In this most recent case, the former ABC board member and vocal ABC critic (Albrechtsen), latched on to a speech, which she had not even seen, delivered to lawyers by Milligan, who had criticised the methods by which complainants in sexual assault cases are treated by the courts. Albrechtsen’s criticism prompted a rush of other conservative commentators, including Senator Sarah Hanson in Senate Estimates, who were happy to try to “cancel” Milligan for her behaviour even though no one of them had even read the speech.

Read a rant by the Sydney Institute's Gerard Henderson

Sky News interviewed their own Digital Editor — treating his opinion as something worthy of news story.

Former Media Watch presenter Jonathan Holmes has written a comprehensive appraisal of the situation for the ABC Alumni website.

Holmes sums up the situation neatly:

The problem with Albrechtsen’s defence of free speech, however, is that it is selective. And, of course, she is not alone – she seldom is. News Corporation’s opinion-mongers hunt as a pack. And they are all for free speech, provided they don’t disagree with it.

Thankfully, News Corp’s influence on Australia and its culture is waning. The Australian is in such poor condition that it is given away for free at airports to boost its circulation figures (a practice copied by the Herald Sun in Melbourne, which gives away free copies to cafes so as to boost its numbers). Few Australians watch Sky News, and this year’s elections both federally and in Victoria have shown just how little influence the tabloids carry.

Perhaps the Australian public is in the process of cancelling News Corp entirely.