Good news and bad news about the ABC 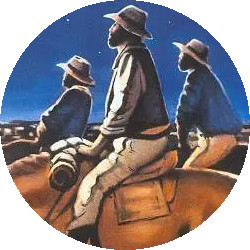 ABC radio listeners may have dropped off at the end of this year’s ratings period due to news fatigue.

Reporting on losses by ABC radio across Australia in the final 2022 ratings period, The Age’s senior culture writer, Karl Quinn, said the declining figures may reflect listeners switching to less news-focused listening after being “ground down by years of bushfire, drought, flood, COVID and acrimonious election campaigns”.

Quinn compared ABC Melbourne’s current 6.2% share of Melbourne’s radio audience to 12 months ago when people were waiting for news about the end of lockdowns.

At that stage, ABC Melbourne held 10.1% of the listening market, which had dropped slightly since the previous peak lock down survey result of 11.2%. At the end of 2021, the ABC was equal second in the overall tally, with it now coming in at seventh.

Morning host Virginia Trioli and Afternoon host Jacinta Parsons each dropped down by 2.3 points, with 3AW’s Ross Stevenson and Russel Howcroft averaged almost three times as many listeners as Sammy J - 169,000 to 59,000.

In Sydney, the ABC also recorded the largest drop of the survey, losing 1.5% of the market

But wait. There is some Christmas good news...

Former ABC Sound Librarian, Lynne Carmichael, has called on the ABC to bring a collection of Australian Christmas Carols created by staffers in the 1940s and 1950s to new generations.

Lynne, who also worked as the ABC’s Music Collections Coordinator, said that while some of the old recordings of the 15 carols can still be found, including on YouTube"

perhaps as the ABC comes to the end of its 90th year, it is time for a new recording for use on radio, television and online when the Christmas season comes around again. They deserve to be heard widely by a new generation.

The music for the 15 Australian Christmas Carols was written by composer William Garnet James, then employed as ABC Federal Director of Music, in collaboration with John Wheeler, an ABC scriptwriter, who wrote the lyrics.

Lynne said that carols, which include “imagery of red dust and brown grass in paddocks, of brolgas dancing, and of drovers in the bush at night”, were performed by ABC ensembles and later released on records which sold widely.

And they were heard often on radio, including on the ABC School Broadcasts of the period – and, as the carols are well suited to children’s voices, they became a regular feature of Christmas concerts and school plays too,

The carols gained an international audience too, with performances in 1957 at London’s St Paul’s Cathedral and on American TV. In 1961 they were included in a program of Christmas carols from five continents, produced by the Italian broadcaster RIA.

The full set of 15 carols, in an original ABC recording, can be heard here: