Historic election win for… the ABC! 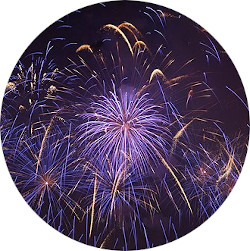 ABC Friends wanted a more pro-ABC federal government, and we now have one. Seat by seat, the election result is a resounding victory for the ABC and its supporters.

Success has many parents, but we can say, with genuine satisfaction, that ABC Friends is at least one of the parents of the election result.

The ABC Friends campaign in Victoria focused on nine seats in all:

These results are a credit to our ABC Friends campaign teams in each electorate. Yard signs, posters, stickers, flyers, ads, magnetic car signs – you name it – created a great presence for our “save the ABC” messages. Door knocking, leafletting, stalls, rallies, questions at candidate forums, train station handouts, visiting candidates, writing letters – all helped to drive home the messages and put candidates on notice about the importance of the ABC.

These results were replicated in other states, and reinforced by the success of the Greens and the independents, almost all of which are pro-ABC. A great election for lovers of the ABC, and everyone should be congratulated.

ABC Friends worked in alliance with ABC Alumni throughout the campaign, and it was a powerful combination. Jonathan Holmes, Kerry O’Brien, Alison Caldwell, and Jon Faine all gave stirring presentations to ABC Friends gatherings at some stage, all of which are on our website. In addition, the Alumni produced a great series of short videos for use in the campaign, each addressing different aspects of the importance of the ABC.

The set of videos can be found HERE.

The Australia Institute contributed specific research on attitudes to the ABC, with associated advocacy, and GetUp ran a strong campaign about ABC funding cuts, with advertising and yard signs in key seats.

The ABC itself may not have been in the front of all voter’s minds, but these collective efforts made sure it was in the candidates minds in key seats. Now that we have a more pro-ABC government, we would suggest that it has a mandate to fully fund and protect the independence of the ABC. We look forward to helping the government deliver on this mandate.