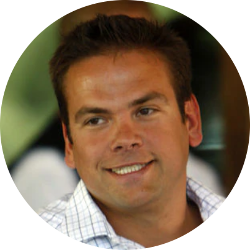 A wave of Australian political momentum arrived with the federal election, and it appears to be washing up Rupert Murdoch’s newspapers.

Their vehement daily attacks on the ALP, Greens and independents (amplified by the right-wing shock jocks of Sky News) largely seem to have fallen on deaf ears.

But was it an indication of voters finally turning their backs on a former kingmaker, or is it more that he was just attempting to sell a product that had gone bad?

The Guardian’s Malcolm Farr is a proponent of the former.

In a post-election opinion piece, the press gallery doyen wrote of a “slackening authority” of our biggest media outlets.

…no other election outcome has exposed such a gaping disconnect between a major news supplier and voters.

And the consequences indicate more voters are bypassing traditional media and making their own judgments on information from other suppliers, such as reputable social media outlets and online journalism.

At the centre of this extraordinary detachment of political coverage from reality are the Australian newspapers of News Corp, from the national daily the Australian to the popular tabloids in Brisbane, Sydney, Melbourne and Adelaide in particular.

It was a trend spotted shortly in advance of the election by respected media academic Margaret Simons.

Writing in the Nine newspapers, she said:

I am not sure News Corporation bothers to deny its bias these days. But could this be the election in which the impotence of its skewed reporting is exposed?

All media outlets are guilty at times of outbreaks of stupidity, errors of fact and judgment and egregious omissions. News Corporation is in a different class. Only it makes a habit of intense, politically charged campaigns.

But a journalist for the online journal The Intercept, Antony Lowenstein, is more cautious.

He, at least partially, attributes Scott Morrison’s loss to the possibility that even the great Rupert Murdoch could only do so much to sell what were “rotten goods.”

Despite daily attacks on Albanese and the other candidates who won office, the Murdoch campaign failed spectacularly. This shows that the power of the Murdoch empire isn’t enough when it’s selling rotten goods.

And in a text message sent to Lowenstein by Kevin Rudd, the former Prime Minister and vehement Murdoch critic says this election loss will not stop the bias or the bile.

Lachlan Murdoch [Rupert’s son and chosen successor] would love Australians to believe that, because he failed to get a tired and corrupt government re-elected to a fourth term, concerns about his monopoly power are overstated. The truth is Murdoch’s print monopoly was instrumental in guiding the rest of the media by setting the core issues for the campaign and setting the terms of engagement on each of those issues.

And that’s a view shared by the University of Sydney’s Professor Rod Tiffin.

In a piece for The Conversation, he says the Murdoch media will just double-down and, like it has in the United States with Fox News, will seek to split the media market to cater for a niche in the radical right.

So far, the media company’s epic fail seems not to have occasioned any soul- searching. Indeed some in its stable – in a triumph of ideological fantasy over numeracy – have asserted the result was due to the Liberals moving too far “left”.

There was a time when Rupert Murdoch had a shrewd populist touch and, for reasons of both patronage and reputation, aimed to be on the winning side in elections. Those days are gone. The past few decades have seen the “Foxification” of News Corp.