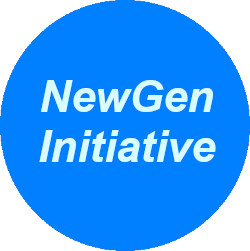 ABC Friends Victoria will begin 2023 with a new push to engage younger members which will be guided by a new youth advisory group and ideas provided by university media and communication students.

The NewGen initiative - launched at the annual dinner on 15 November - will work to build awareness of the need for, and the importance of, public broadcasting and the ABC, particularly among 18-35 year Australians.

ABC Friends Victoria has engaged a Youth Engagement and Social Media Officer and is developing a NewGen Advisory Group of young people to help drive the initiative.

Donate to the NewGen Initiative

Proposed activities include social media campaigning, engaging tertiary students through events and clubs and involving secondary school students in debates about the importance of public broadcasting.

ABC Friends Victoria has also recently worked with the Swinburne Institute of Technology and the Public Relations Institute of Australia (PRIA) to act as the “client” for students required to develop a new strategy to promote the importance of public broadcasting and ABC Friends’ work. Swinburne students received academic credit for their efforts, while universities from across Australia entered the 2023 PRIA Pitch This competition.

The winner of this year’s competition, the University of Canberra, presented an inspiring video outline of their proposed “There is nothing like the ABC” campaign, which included a detailed social media campaign, interviews with people from the general public and people connected to the ABC about public broadcasting and a campaign website.

ABC Friends Victoria will include suggestions made by the students in the planning and roll out of the NewGen initiative.

In 2020, ABC Friends Victoria commissioned research which showed that:

Donate to the NewGen Initiative