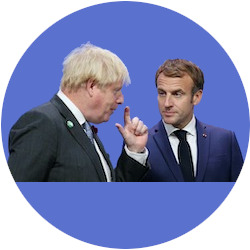 A battle to save public broadcasting is being waged across the world, with new threats to its existence across Europe, North America and Japan.

The French government of Emanuel Macron has already scrapped public broadcasting licencing fees — an initiative that he promised before recent presidential elections.

His unsuccessful presidential rival, the far-right’s Marine Le Pen, had gone a step further by pledging to privatise all television and radio public broadcasting.

That’s been replaced by a share of Value Added Tax (the French GST), but only in the “short term,” while an alternative funding model is designed.

READ ABOUT THE DEATH OF THE FRENCH LICENCE FEE

ANOTHER SUMMARY OF THE FRENCH SITUATION

Across La Manche, (or the English Channel as it is known on the other side), supporters of the BBC are shivering at the thought of Liz Truss becoming Prime Minister.

In January this year the British Culture Secretary, Nadine Dorries, announced that the BBC’s licencing fee would be frozen for the next two years while the Tory government assesses new funding models for the global broadcasting behemoth.

She added that the current licencing fund arrangement would be the BBC’s last.

It’s widely regarded as a move to undermine the global broadcasting brand after hostility brought upon it by the government of Boris Johnson, who branded the BBC the “Brexit-Bashing Corporation.”

The two candidates battling to succeed Mr Johnson, Liz Truss and Rishi Sunak, have yet to show their hand, but Truss, the favourite, raised eyebrows in August when she told the right-wing GB television network: “It’s not the BBC, you know. You actually get your facts right.”

Truss is said to be considering hanging on to Nadine Dorries as Culture Secretary.

IT WAS DISCUSSED AT THE RECENT EDINBURGH TV FESTIVAL

The annual licence fee in Britain is 159 pounds or about AUD$265.

France and the UK are two of the biggest public service media entities in Europe so these changes are bound to have implications elsewhere. Dramatic changes in funding models are always concerning, particularly in European countries where there isn’t the same history of independent media.

Patricia Schlesinger has stood down amid claims that she used public broadcasting funds for her own personal benefit.

The far-right populist Alternative for Germany party has responded by calling for Germany’s complex public broadcasting system to be scrapped entirely.

The neoliberal Free Democratic Party, which is a junior partner in the country’s coalition government, has called the number of public TV and radio networks to be reduced.

READ A REPORT ABOUT THE SCANDAL IN GERMANY

READ A DESCRIPTION OF THE GERMAN PUBLIC BROADCASTING SYSTEM

Japan is also making a similar move to shrink its funding for NHK, with that public broadcaster due to announce details of a substantial cut to the licence fee (and thus funding) in coming months.

Only South Korea’s KBS is bucking the trend, with plans to increase that country’s licence fee on the horizon, in spite of widespread protests from conservatives and sections of the public.

ABC Friends is monitoring trends in public broadcasting, as part of our commitment to understand the context and options for the restoration of full funding of the ABC. We welcome contributions on the topic from readers.