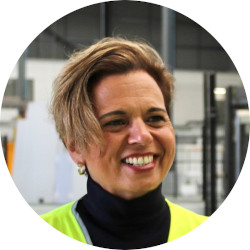 After years of enduring a hostile Communications Minister, the ABC now has a champion in cabinet.

Michelle Rowland, the Western Sydney MP who was once a senior telecommunications lawyer, managed to hold on to her shadow opposition portfolio, and has been sworn in as the new Minster of Communications.

The new minister has also time as chair of Screen NSW.

Under the new government, the communications portfolio has been separated from the urban infrastructure, cities and arts portfolios, as had been administrated by the Morrison government minister Paul Fletcher.

Michelle Rowland will now be in charge of overseeing Labor’s promised move to five-year, rather than the existing three-year, ABC funding agreements (which will hopefully help to depoliticise the arrangement).

Labor has also promised to restore an $85m budget cut to the public broadcaster.

And Michelle Rowland is also a long-term supporter of ABC Friends.

You can watch her address to our key 2022 election rally by playing this video:

The CEO of Commercial Radio Australia, Ford Ennals, congratulated the new minister on her role:

This is an excellent appointment. Minister Rowland has deep media expertise and the radio industry welcomes her stated commitment to bringing Australia’s media laws into the digital age.

The package promises to: