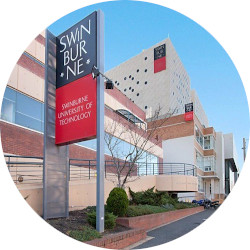 Working from a background brief and two Q and A sessions with ABC Friends Victoria, student teams were required to develop a pitch for an ABCFV communications strategy to attract the attention of young people aged 18-40 and raise awareness of the importance of independent, public broadcasting.

Students were also given the youth engagement survey ABC Friends Victoria commissioned in 2020 which showed that young people are largely unaware that the ABC is government funded.

However, the student responses illustrate some key challenges for ABC Friends:

In some strategies, students used the two organisations interchangeably and several of the strategies suggested programs that could be implemented by the ABC rather than ABC Friends.

There was nothing that really indicated strong interest in the difference between the ABC and commercial media outlets and no discussion about media ownership or commercial pressures having an impact on independent, factual news production.

Addressing these factors will underpin the work being done to develop a new Youth Engagement strategy and its implementation.