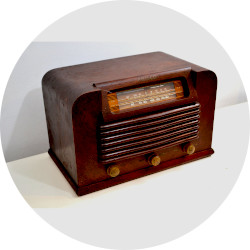 The huge growth in the ABC’s radio audiences off the back of COVID has collapsed, with listener figures slumping to lower levels than they were before the pandemic.

Quoted in the The Age, ABC Director of Regional and Local, Judith Whelan, said:

ABC local metropolitan stations saw a much higher spike [due to COVID] than other stations. We recorded our highest radio reach and share figures in more than a decade as audiences were seeking information on the pandemic and emergency information around extreme weather events, as well as seeking connections with others in their communities.

Those gains have dropped and settled mostly back to where they were pre-pandemic, and in some cases above pre-pandemic levels,

According to the same report, across the six pre-pandemic years (2014-19), ABC Melbourne averaged a 9.7 per cent share of audience across seven days, and ABC Sydney 9 per cent.

The 7.1 per cent reported in September 2022 was ABC Melbourne’s worst result for this time of year (going back to 2014, which is as far as Commercial Radio Australia’s Radio Alive database goes), while Sydney’s 8 per cent was the lowest since 2018.

It must be noted that those cities’ most popular commercial stations, 3AW and 2GB, also enjoyed larger audiences during COVID, though haven’t suffered as large a correction as the ABC stations.

The Radio Today website has published some excellent interactive graphics that show the drop in ABC ratings over recent months.

VISIT THE RADIO TODAY WEBSITE & SCROLL DOWN FOR INTERACTIVE GRAPHICS

Triple J has also suffered a big ratings slump. The station’s share of the 18-24 year-old market was more than 13 percent of the audience five years ago, but in the most recent survey was 9.6 percent in Sydney and just 4.6 percent in Melbourne.

There is some good news in the digital radio sphere, however, which is dominated by people who are under 40.

Although some commercial stations still dominate digital, 30 percent of digital listeners in Melbourne, and 40 percent in Sydney, tuned in to one of the six ABC specialist stations on offer.

Judith Wheelan says the ABC is doing well, and that stories generated by ABC 774 Melbourne were enjoying 22 percent increases year on year.

Listeners accessing our digital content almost doubled over the past two years from 1.9 million in 2020 to close to 4 million in 2021,

Other ABC Local Radio stations in some other capital cities have also suffered audience losses, with local radio in Adelaide dropping from first place at the beginning of 2022 to last now.

READ ABOUT THE SITUATION IN ADELAIDE

Radio National, including its breakfast and drive programmes, has also suffered from a loss of audiences.