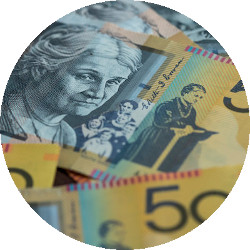 ABC Friends and the ABC have reacted positively to the Federal Budget, but national ABCF President Cassandra Parkinson has warned there is a long way to go to redress the funding cuts over the past decade.

ABC Friends has welcomed the Albanese government meeting its election commitments to:

"ABC Friends campaigned hard for these measures and we warmly welcome the government's decisions. But there is a long way to go to redress the damage of the last nine years.

Across all content-making areas, the relentless budget cuts and loss of staff and resources have severely strained the quality of the ABC’s offerings," Ms Parkinson said.

The ABC said the Federal Budget will provide direct benefits to ABC audiences across Australia and the Indo-Pacific region.

ABC Managing Director David Anderson said that the increase of $83.7m in operational funding and $32m for international services across four years will allow the ABC to invest in services across all platforms and support the sustainability of ABC services.

The increase in funding will mean:

Mr Anderson said that the additional funding for international services will allow the ABC to: