ABC Board – stacked to the rafters 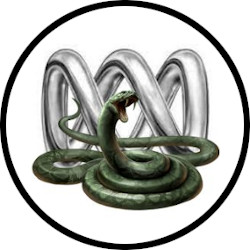 The ABC will be stuck with a stacked conservative board for some years yet, even though Labor is promising to rectify the situation.

It will be several years before the decks can be cleared so that new ABC board directors can be appointed on a basis of merit, rather than political affiliation.

The first cab of the rank will be Liberal-party favourite Joseph Gersh, who told The Australian newspaper in 2021 that the ABC needs “more conservative voices,” (rather than unbiased voices) something he boasts about on his website.

Gersh’s term isn’t over until May next year.

ABC Friends will then have to wait until October 2024 for the next candidate to be removed: former Network Seven and News Ltd executive, Peter Lewis.

It won’t be until May 2026 before terms expire for three political appointees who were put into their positions by the former Liberal Communications Minister and ABC critic, Paul Fletcher.

The final Liberal Party appointee (not counting the Chair, Ita Buttrose) who can be removed is the agriculturalist, Georgie Somerset, whose term doesn’t expire until early 2027.

Until then, we can only speculate about how much pressure is being applied to the ABC and its journalists from this overtly political board.

So flagrant has been the political stacking of the board that conservative commentators feel no shame in boasting about successive Coalition government appointments.

Writing recently in the Herald Sun, conservative columnist Chris Mitchell expressed outrage that Coalition efforts to make the ABC become biased in their favour had failed for so long.

The pressure that has been applied to our precious public broadcaster over recent times is the subject of an article published in this month’s The Monthly political magazine.

Lawyer Josh Bornstein writes that the ABC has been quite effectively cowed.

The Albanese government has already signalled that it will do what it can to restore [the ABC’s] independence and health. Only a concerted, methodical effort to repair its damaged culture from the ground up will work. For the ABC, that requires a strong increase in funding, and a board committed to public broadcasting and secure enough to encourage the fearless pursuit of truth-telling. Even then, that won’t be enough. An organisational culture doesn’t change with the flick of a switch.

Thankfully, the new Communications Minister, Michelle Rowland, told The Guardian recently that Labor would return to the guidelines and only appoint new board members who have been nominated by a selection panel on the basis of merit.

The reality of the situation, however, is that the Communications Minister can still manipulate the system if she wants to.

Section four of the guidelines still allows for the Prime Minister (in the case of the chair) or the Communications Minister to ignore the whole process and make non-recommended appointments simply by announcing them in Parliament.