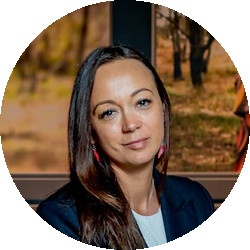 There have been a lot of changes at the ABC in recent years, but perhaps the most visible, and the most important in a societal sense, has been its embrace of diversity.

The disastrous reign of former Managing Director Michelle Guthrie may have ended in controversy, but she did leave one positive thing in her wake: a corporation-wide awakening to the need for recognising and catering for all Australians.

The ABC ran a three-year Diversity and Inclusion programme up until August last year, concentrating on both diversity in content production and in the makeup of the workforce.

Although some critics say a gender pay gap at the ABC is still evident and that a lack of transparency makes fighting it harder, the broadcaster is widely credited with achieving a huge increase in the representation of women on the airwaves.

Its achievement in the 50:50 initiative to create gender equity in programming was widely lauded.

Read a report into the success of the 50:50 initiative

The representation of people with a disability has also improved dramatically in recent years, including the appointment of dedicated journalists to cover disability issues.

In 2022, the ABC partnered with the Department of Social Services to recognise and celebrate the 4.4 million Australians living with disability.

The partnership included the placement of 35 short-term positions within the ABC for people with disability to host and co-host television and radio programs and to have their content featured across ABC websites, radio, social media, television and ABC iview.

Read an ABC media release about the disability initiative

This has included the appointment of the first Head of Indigenous News, Wiradjuri woman Suzanne Dredge.

Ms Dredge is involved with the formation of a stand-alone Indigenous reporting team, which is a quite radical departure for the news division.

A Walkley award winning journalist who has spent time both in the Indigenous media sector and ABC programmes like 7.30 and Four Corners, she brings a wealth of experience and knowledge to the news division.

The ABC’s commitment to the LGBTQI+ community has also been recognised, with ABC Managing Director David Anderson being named “CEO of the Year” at the LGBTQ Inclusion Awards.

The Awards are based on the results of the Australian Workplace Equality Index and is Australia’s foremost celebration of LGBTQ workplace inclusion.

And the ABC’s history of being an inclusive workplace cannot be better illustrated by the story of Julie Peters, a trans woman who has worked at the ABC for 50 years and transitioned while working for the broadcaster 30 years ago.

Ms Peters was the first member of ABC staff to transition, and after consultation with her managers (she gave two weeks’ notice that she would be coming to work for the first time as a woman) followed her heart and hasn’t looked back.

In a special feature on her story, Julie Peters wrote:

At the Christmas party each year [the Head of Operations] would hand out satirical awards like the “Out of Focus Award” but that year, after the satirical awards, he said, “now this one's serious, this is an award for courage and it goes to Julie Peters.” I was speechless – unusual for me.

About 30 per cent of the room started cheering loudly straight away and guys who were standing with their hands down then started clapping as well, they understood they were in the minority, and that seemed to change the psychology and people became more polite.