ABC Ombudsman to report to whom? 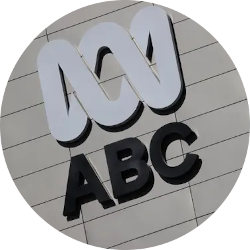 The announcement of a new ABC complaints ombudsman, who will answer directly to the board rather than the managing director, has highlighted the political nature of many board appointments.

Although charges that the ABC board has been stacked with political appointees friendly to the former Coalition government are not new, there are fresh fears that the as-yet-unappointed ombudsman could be a new thorn in the side of ABC independence.

Writing in The Conversation recently, Melbourne University journalism academic Denis Muller described the new ombudsman as both another layer of bureaucracy on top of an “onerous” complaints system, and a worrying development for editorial independence.

Given most of the complaints that cause trouble for the ABC come from politicians or well-connected people with partisan political interests, that amounts to an outright betrayal of editorial independence.

The upshot is that ABC journalists are now working in an environment where, if their story generates a complaint, it can end up in the hands of an ombudsman appointed by, and answerable to, a board, four of whose members have been either appointed by ministerial fiat outside the independent merit-based system or by a politically loaded panel.

The concerns stem from the fact three of the current ABC non-executive directors — The Chair, Ita Buttrose, Fiona Balfour and Joseph Gersh — were all appointed by the government outside of the correct nomination process, and a fourth, Peter Lewis, was appointed by a panel loaded with openly right-wing members.

While the individual integrity of each of these board members is not under question, the fact that they did not come to their positions through the proper independent process, set in law by a former Labor government, raises questions about their suitability.

Former Prime Minister Kevin Rudd has also recently raised the issue of the politicisation of the ABC board.

In an article published last month in The Guardian, Mr Rudd wrote that the Coalition government had ignored the independent merit-based selection process for board members (brought in under former Labour Communications Minister Stephen Conroy) so as to “stack” the board with hand-picked candidates.

This includes Ita Buttrose, a former Murdoch editor and Liberal party fundraiser, as its chair.

At one stage, five of the…government-appointed board members were not recommended on merit.

These appointments risk affecting decision-making at the highest levels.

Although the official selection guidelines call for board nominations to be made by a panel on merit based on the candidate’s experience in running broadcasting, financial or other related realms, section 4 of the guidelines allows for the Prime Minister (in the case of the chair), or the Communications Minister to ignore the whole process and make non-recommended appointments simply by announcing them in Parliament.

It may be of interest to note that the ABC’s website page about the board has a link to a “summary of the merit-based appointment process,” which redirects the reader to a Department of Communications page that no longer exists.

The selection criteria for the nominations panel say candidates must have substantial experience in at least one of the following: experience in the media industry or digital technologies; business or financial management; or corporate governance experience, including managing a large or complex operation in the private or public sector.

But an investigation published by The Guardian in September 2018, based on documents it had obtained, found that some of the current directors fall far short of those requirements.

For instance, ABC Director Joseph Gersh, who was appointed in May of that year, was shortlisted and interviewed, but was not included in the final report by the nominations panel.

According to The Guardian:

A lawyer, who runs a property investment bank in Melbourne, he was described by the Australian Financial Review’s Joe Aston as “a close confidante of former treasurer, Peter Costello”. As treasurer, Costello appointed Gersh to the Reserve Bank’s payment systems board.

At the same time, current director and Queensland farmer Georgie Somerset was described as one of the then minister’s recommendations.

Somerset has been on the board of the Royal Flying Doctor Service in Queensland and some other not-for-profit roles, but has no broadcasting, digital, or in-depth management experience of a large organisation.

Also in 2018, after the huge disruption caused by the resignation of former Chair Justin Milne and Managing Director Michelle Guthrie, the centrist Australia Institute think tank published a report called “Depoliticising the ABC Board.”

It found that the board appointment process had been “deeply politicised,” and that “basic governance standards had been breached.”

It’s hoped that, under the government of Anthony Albanese, new board appointments will only be selected on merit and as a result of proper processes.