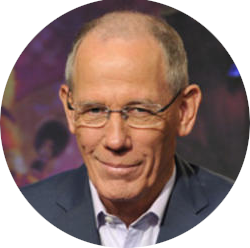 The Australian Media and Communications Authority (ACMA) is remaining silent about extraordinary broadsides that have been fired at it by the ABC and one of its retired luminaries.

The stoush has come as scrutiny about the ACMA and the political affiliations of its CEO have increased.

In a strongly-worded statement, the ABC has taken aim at ACMA’s recent ruling that Four Corners was in breach of the ABC’s Code of Practice by airing the two-part series “Fox and the Big Lie”.

The ABC said it is “deeply concerned” by the “subjective characterisation” of the series, and that the ruling will have a deleterious effect on journalism. The statement said:

The ABC has considered the findings and has serious concerns that the ACMA’s interpretation of the ABC’s Code of Practice will have negative consequences for the future production of strong public interest journalism.

The ABC believes that some subjective elements of the ACMA report and media release are inconsistent with the established approach to accuracy and fairness under the Code and may place undue pressure on content makers when selecting an editorial focus, for fear of a potential breach. The ABC further believes this contradicts the express direction in the Code, that the standards are to be applied in ways that “do not unduly constrain journalistic enquiry”.

The ABC is also deeply concerned at the ACMA’s subjective characterisation of the program, and whether this aligns with its statutory role to review compliance with the ABC Code of Practice.

Writing on behalf of the ABC Alumni organisation of which he is chair, former Media Watch host and Four Corners journalist Jonathan Holmes released a scathing letter to ACMA Chair Nerida O’Loughlin, accusing ACMA of “misleading” the Australian public in its criticism of Four Corners.

[ABC Alumni] believes that the ACMA’s investigation of the complaint against the two Four Corners programs entitled “Fox and the Big Lie” has seriously damaged any claim that it is a body whose opinion as to what is or what is not good journalism is worth anything; and furthermore, has needlessly damaged the reputation of Australia’s most important television current affairs program.

Holmes wrote that not naming the complainant who had demanded an ACMA review was absurd and acted to mislead the public (Homes says it was Fox news that complained).

In its investigation, ACMA found that Four Corners had been guilty of three breaches of the ABC’s code of practice.

Both audiences and participants are entitled to the full picture. In this case, by omitting information the ABC did not do justice to the story or provide all relevant facts to its audience.

That the ACMA should presume to judge what reporters should or should not make the topic of their reports is to exceed its authority, and to take it well beyond its competence.

It is true that social media platforms played a role in encouraging rioters on the day. It is NOT true that Fox News played no role in fomenting the anger that led to the riot. The ACMA does not adequately make this distinction, but again accepts the complainant’s false characterisation. In so doing, the ACMA materially misleads its readers by omitting relevant information.

[Your] judgment is simply laughable. And it is the ACMA that will be laughed at. As a consequence, it cannot be taken seriously as an arbiter of journalistic behaviour.

And in his final two lines, Holmes presented ACMA with a parry and a thrust:

Regulators such as the ACMA are not precluded from making judgments that are critical of even the most reputable practitioners of investigative journalism. But that needs to be balanced against requirements to understand normal journalistic conventions and to respect legitimate editorial decisions.

ABC Alumni consider that the ACMA could have taken greater care in striking that balance in this investigation, to avoid perceptions of partiality towards a powerful complainant, or (perhaps) of journalistic cluelessness.

The questionable ruling against Four Corners came as scrutiny about the organisation, including its lack of investigations and the political background of its CEO, increased.

The ACMA CEO, Creina Chapman, was appointed by Malcolm Turnbull and, as well as serving time with the Rupert Murdoch empire, has worked as a political adviser to Liberal politicians including renowned ABC-hater Richard Alston.

In his online publication The Klaxon, independent journalist Anthony Clan wrote that while ACMA was busy trying to kick the ABC, it was ignoring the vast majority of complaints sent to it.

In the 2019-20 financial year, only 13% of the 1,326 complaints that viewers and listeners made to the Australian Communications and Media Authority (ACMA) were assessed at all by the regulator – and just 4% were actually “investigated”.

Analysis of ACMA data by The Klaxon also reveals that complaints against Australian broadcasters are surging – up 24% to 1,326 complaints in 2019-20 (the latest published data) – while at the same time investigations launched by ACMA have slumped.