Big broadcaster cuts at the BBC 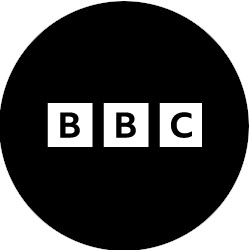 A new merger of the BBC’s domestic and international television news channels is cracking on, in spite of the impact on audiences.

Unlike the ABC, the BBC runs two concurrent 24 hour news channels: one that is designed for domestic British consumption, and BBC World Service television for the rest of the world.

But by April, that arrangement will come to an end, with both of those channels merged into one single news service the BBC hopes will cater for both audiences.

About 70 jobs are expected to be lost.

Speaking about the merger, the BBC’s Director General, Tim Davie, said that the current level of “management inefficiency” within the BBC needs to be addressed. Tim Davie said:

There is a degree of management inefficiency, in my view, and it is not right, and no one in the world is running completely separate operations in this way.

Mr Davie said it was “obviously sad” that three long-standing BBC news presenters had decided to leave the organisation as the merger unfolds.

Sorry to be blunt. I think we are in a position where we are going to make changes. Some people will leave the BBC, some people will stay. Actually so-called churn in the newsroom is very low historically.

You talk about three outstanding presenters who have chosen to move on, that gives opportunities and allows people to move through the organisation.

Not mentioning a recent government funding squeeze, BBC News digital director Naja Nielsen said in a recent statement that the merger was being undertaking because the way people consume current affairs is changing.

In recent years we've seen a huge surge in audiences coming to our live coverage, with tens of millions following live pages when big stories and events unfold.

As the world's most trusted source of news, with a huge depth and breadth of expertise, the BBC is uniquely placed to offer audiences the best analysis and explanation as these stories are unfolding.

In what may sound to many as a desperate attempt to fill airtime, the BBC is said to be also investing in “visualising” radio programmes so that they are suitable for television.

Addressing the UK Government Accounts Committee last week, Tim Davie also backtracked on a recent statement that the BBC would become all digital — a statement he acknowledged as “provocative.”

Although he told the committee that an eventual digital switchover “is coming,” there are other “extreme challenges” to come, with the license fee frozen for the next two years.

Tim Davie pointed to a fall of around 1,000 hours of original TV content this year to mitigate the struggles.

He told the committee:

We’re having to box clever here.

Moving money around the BBC is very painful in itself. The decisions we have to make are unpopular.