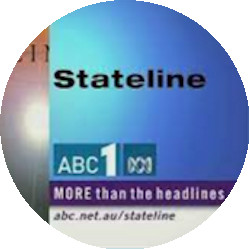 The ABC Alumni group has published two important articles about the need for cross-party support and a resurrection of state-based current affairs programmes.

In the first, retired ABC Editorial Director and former news division executive Alan Sunderland has created a public stoush with current ABC News Director Justin Stevens, over the inadequacy (or otherwise) of state-based current affairs coverage on the network.

It began with an article written by Mr Sunderland and published on the Alumni website.

The ABC Alumni is an association of former ABC workers.

Alan Sunderland wrote that the shrinking of the 7pm Sunday night TV News bulletin from 40 minutes back to 30 was: “…the final surrender in a long ABC retreat from providing regular in-depth scheduled coverage of state politics and state issues on the public broadcaster.”

…in the capital city newsrooms around the country…shrinking budgets, falling staff numbers and the increased demand from national platforms like the News channel and ABC News Online mean that busy and talented reporters in places like Perth, Hobart, Brisbane and Adelaide have less time to develop in-depth coverage of state issues and almost no dedicated platforms to put them on.

Why he left the Melbourne newsroom out of that statement is unclear, as it is in the same position.

Mr Sunderland acknowledges, in the article, that he was part of the management team which killed-off state TV current affairs coverage in the first place but says there is an urgent need to re-assess the situation.

The relatively new Director of News, Justin Stevens, fired back with an article of his own, which reads very much like the sort of thing Mr Sunderland might have, himself, written in the past to justify cuts.

Giving Mr Sunderland a lesson in modern audiences and their apparent predilection for news via the internet, rather than scheduled TV, Mr Stevens asserted that state audiences are, in fact, being served.

There is no retreat and no surrender. Our coverage of state and territory issues is impactful and comprehensive – and we are delivering it to audiences on their schedule every day of the week, not just to our schedule.

While Alan argues “nothing has the impact or immediacy of scheduled television current affairs”, in fact journalism strategically rolled out across our platforms has measurably greater impact and immediacy, reaching audiences the ABC never has before. For a Four Corners episode or 7.30 story that might be seen by a million viewers on scheduled broadcast, there is another million – mostly under the age of 50 – who consume the journalism via digital.

Also writing for the ABC Alumni, former ABC Managing Director Geoffrey Whitehead (1984-1986), says it is timely for Western governments to start building all-party declarations to the world that they see their traditional national public service broadcasters as important democratic institutions.

Governments of these and other Commonwealth countries should surely recognise that values-driven – not market-driven – national public service broadcasters are a growing asset in the current re-shaping of the world order.

There will be different answers in different countries, but since 2018 the ABC has been living under the shadow of a policy resolution from the Liberal Party’s Federal Council that it should be privatised1; similarly, Canada’s CBC, a country with a framework of policies I often think of as a model for others, is right now facing a campaign by the country’s Conservative Party to ‘de-fund’ that organisation; Britain’s BBC has secured a funding agreement but faces an uncertain future over whether or not its licence fee system of funding  will continue in the future.

Mr Whitehead says that a good place to start would be for the Liberals to rescind their federal policy to privatise the ABC:

That would clear the decks for inter-party talks on what is needed to make sure that my proposed declaration that the ABC is an important democratic institution would have sufficient force to gain credibility both at home and abroad.

His suggestion, however, is predicated on members of the Liberal Party changing their minds and deciding that the privatisation idea is now “contrary to the wider interest.”