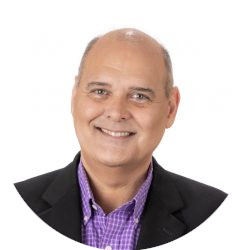 ABC staff and management are lamenting the loss of a broadcasting industry giant, who has been responsible for commissioning the most successful programmes in recent years.

Michael Carrington, the Director of Entertainment and Specialist at the ABC, is leaving the public broadcaster so as to move into the private production sector.

In his director role, Mr Carrington has overseen all national radio, television and digital services including ABC1, iView and national radio stations like Radio National and Classic FM.

But more famously, he’s known as the man who commissioned recent success stories like Bluey, Mystery Road and The Newsreader.

It’s bittersweet to leave a company you’ve enjoyed after 6 years. At the ABC I’ve been involved in some outstanding projects and I am grateful to have had this experience. Onwards!

It’s being seen as a great loss to the ABC, with Mr Carrington known not only for his successes in Australia, but internationally as well.

He previously worked for the BBC as head of animation and acquisitions, where he gained broadcast rights over globally successful shows like Lazy Town (which was made in Iceland) and The Koala Brothers, and commissioned series such as Charlie and Lola and Shaun the Sheep.

He also spent time as controller of the CBeebies children’s channel, The Cartoon Network, Turner Broadcasting, and various positions in the private production sector.

In a statement about the departure, ABC Managing Director David Anderson praised Mr Carrington for his sterling work — particularly during the COVID pandemic.

Michael is a thoughtful, inclusive and creative leader, and the impact of his decisions can be seen in the vibrant range of programs the ABC has delivered to audiences under his guidance.

Many of those decisions were made in response to the COVID pandemic and Michael showed great leadership during this time.

Michael is highly regarded and I know everyone at the ABC wishes him well with the next step in his already dynamic career.

Mr Carrington was the “key driving force” behind the recent ABC Diversity and Inclusion Commissioning Guidelines, and will be replaced, for now, by Jennifer Collins who is becoming Acting Director Entertainment and Specialist.