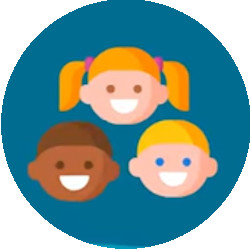 As the negative press about the ABC’s loss of young audiences continues, reports have emerged claiming a dramatic change of emphasis away from the broadcaster’s traditional media outlets.

That’s in spite of a recent study that found young Australians were moving away from getting their news from social media, and were instead returning to traditional platforms.

The article, which is behind a paywall, quoted anonymous sources who said the ABC’s five year plan was being “refreshed” to try to arrest the drastic fall in youth audiences being experienced by the public broadcaster.

Samios claims funding will be redirected to online and iview offerings, as opposed to TV and radio. She wrote:

Any changes in allocation of spending have the potential to impact the amount of money spent on television programs and radio broadcasts across Australia. This could mean cutting costs in traditional programming and investing more in teams that can reach younger Australians online, such as through social media or ABC’s online video site, iview. Plans to invest more in digital also coincide with the appointment of Nine’s former technology boss, Damian Cronan.

The ABC has not responded to the claims.

The report follows the recent release of Canberra University’s 2022 Digital News Report, that found that young Australian audiences are starting to reject news on social media and are instead turning to traditional sources.

The report found that television is still the primary source of news for about 60% of Australians.

The 2022 report found that, after years of stagnation, paying for news has increased.

Print news consumption has risen for the first time in six years, and the use of regional and local newspapers is up as well.

Trusted traditional and public service broadcasters remain the most popular sources of news and it was found that there continues to be a strong audience appreciation for journalistic values of impartiality and independence.