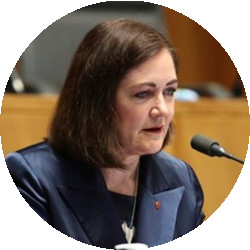 As we review 2022, and how the condition of the ABC has fared over the period, it is impossible not to see the continuation of a trend, the on-going political undermining of the ABC by the Liberal Party and its friends.

In the face of enormous public support for the public broadcaster, the very direct, IPA-style, objective of “breaking up the ABC and selling off the parts”, has been passed over by the Liberal Party (even though that is still official party policy) in favour of a more achievable objective – shrinking and demoralising the ABC until its relevance disappears.

Over the past decade, this clear strategy of “ABC demoralising” by the Liberals and others has been the subject of many media analysts. Margaret Simons, Phillip Adams, Stan Prior, Denis Muller, Allan Patience, Jon Faine, Kelly Bartholomeusz, the list goes on, and yes, even Ita Buttrose, the ABC chair, has written of it.

We’ve all seen it. On top of the savage budget cuts, there have been many government instigated “inquiries”, into this “complaints handling process” or that “competitive neutrality” position, and the multiple “Efficiency Reviews”, all designed to minimalize, hamstring, intimidate, or at least rattle, the ABC.

Frequent public criticisms of the ABC, and demands on the ABC, by the Liberals’ senior ministers, Abbott, Turnbull, Morrison, Dutton, Fifield and Fletcher, were supported by emotive damnations from the Murdoch media.

And, over the past two years, those constant attempts to erode public trust in the ABC, to target ABC supporters like ABC Friends, and to undermine the ABC’s confidence, have continued in earnest.

In the pre-election run-up last year, 2021, Liberal Party power-broker Michael Kroger took aim at Ita Buttrose after she had ably defended Aunty from other criticisms: “Ita has been a terrible failure, a hopeless failure”, he said.

In 2022, as the election approached, Liberal Senator Andrew Bragg challenged ABC Friends use of the ABC lissajous in its logo, a challenge intended, and indeed partially achieved (although not significantly so), to cause disruption in our ABCF election campaigning. The fact, that in an election full of serious issues to debate, this logo business was pre-eminent in Senator Bragg’s mind, is rather revealing of Liberal priorities.

Accordingly, the Coalition lost the May 2022 federal election.

A new government, but...

Since the election, Liberal senators Henderson, McGrath, Antic, and Rennick have continued to question the ABC’s credibility via a seemingly co-ordinated series of attacks in committees such as Senate Estimates, where ABC policies as well as individual senior journalists’ credibility were taken into question, as ABC MD David Anderson was hammered on several matters, some of them trivial beyond belief.

Henderson, the now Shadow Minister for Communications, initially led the attack on reporter Louise Milligan and her speech to the Women Lawyers Association of the ACT (as a private individual, not representing the ABC). In doing so, she put allegations about the speech by Janet Albrechtsen, of The Australian, who hadn’t heard the speech nor read a transcript of it, to MD Anderson.

Henderson hadn’t heard the speech or read it either.

ABC Alumni’s Jonathan Holmes wrote of the affair, “It was ugly, and absurd. Nobody at that hearing had read the speech. It had nothing to do with the ABC. The ABC had received no complaint from anyone.”

In a subsequent meeting of the Senates Estimates committee, the Liberal Senators’ attacks on the ABC broadened, to include other senior journalists – Dr Swan, Patricia Karvelas, and even the chair herself – Ita – on several nit-picking (at best) issues, again often referring to critical newspaper reports from the Daily Mail rather than from any direct knowledge.

As Professor Chris Wallace noted, “The ritual pursuit of big-name journalists such as those the Coalition senators pounded in estimates this week is pour encourager les autres – ‘to encourage the others’. Journalists seeing senior colleagues under pressure creates a subconscious fear that influences, over time, story judgement and pack dynamics.”

After some ten years of battering, it is true that the ABC has become somewhat self-editing, somewhat gun shy, to avoid further conflict.

After decades of on-going funding reductions (some estimates say a 30% fall since the 1980’s), it is true that the level of services and programming that the ABC is currently able to provide has been vastly diminished, with a huge further effect upon the arts, film and drama, technical, scientific, and other industries external to the ABC.

It is also true that a swath of senior staff has departed, either voluntarily or in cutbacks, leaving younger replacements without the experienced mentoring they would have received in the past, and so, inevitably, future errors of judgement are likely to occur.

Under all these pressures, the internal ABC infrastructure that supports its work, the library and archives, the studios, the technicians, the editors, etc. is perhaps a shadow of what it once was, making every individual’s work harder, longer, and riskier.

So, has the strategy of attacking, undermining, the ABC worked for them, for the Liberal Party, supported by the Murdoch media? Perhaps not, as they have all lost credibility themselves, lost elections, lost trust. Some analysts say the Liberal Party will never recover from the fall in trust that it has brought upon itself.

But that hasn’t changed their minds, apparently because the net effect has also significantly damaged the ABC.

Senator Henderson as a possible future Minister for Communications?  Did she use the Senate estimates opportunity to discuss with MD Anderson how she could best support the ABC, what it needs to properly fulfil its charter for all Australians, how it could effectively reinstate interactive broadcasting into our Asia-Pacific region to implement a soft diplomacy strategy?

The beat goes on.