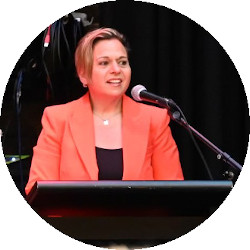 The Federal Government says it will conduct a review into ABC funding, to ensure that the broadcaster has financial security and is protected from politically motivated attacks.

Making it clear that the review would not impact the already reinstated $83.7m that was promised by Labor at the last election, the minister said the review would work out how to secure ABC funding on top of plans to impose a new five-year (rather than the current three-year) funding cycle.

The five-year cycle is designed to help take the funding rounds out of the election cycle in an attempt to make it less political.

Michelle Rowland made it clear that the review will not be an opportunity to debate the level of funding for the ABC, its efficiency, or any proposed merger with SBS. She said:

Labor…will review options for delivering a greater level of financial stability and certainty to the national broadcasters, to safeguard against funding cuts and political interference.

The review will look at measures to support the stability and independence of the national broadcasters.

Now, more than ever, Australia needs trusted, high-quality investigative journalism. And the ABC must be adequately funded to continue to deliver reporting like this.

Our public broadcasters must be safeguarded from political interference and arbitrary cuts.

The Department of Communications will conduct the review, and it is said to be well underway in preparing for what is describes as a “targeted” public submissions process.

Michelle Rowland told the annual dinner that the stability of the ABC was important to hold power to account. The minister said:

There’s…comparative research from the US and the UK that the very presence of well-resourced public service media vitally contributes to a more impartial and pluralistic news environment. By building the political knowledge of citizens so that they can have informed public debates, well-funded public service media is also one of the most effective tools to counter misinformation.

So, to all the office holders and volunteers of ABC Friends around the country, your passion for the ABC evinces your support for a healthy, representative democracy and your ongoing vigilance is understood and respected.

The Communications minister told the audience that ABC Friends will be invited to make a submission on ways ABC funding can be secured and guaranteed, no matter which political party is in power.

The view that democracy is safeguarded through public media was tested in a substantial study by the University of Pennsylvania early in 2022 and was found to be correct.

The study, entitled “Funding Democracy: Public Media and Democratic Health in 33 Countries” established a link between a free and functioning democratic processes and funding for public broadcasting services.

Read a Nieman Lab review of the Penn  Study