Guess who is least trusted? It may be the largest such grouping in the country, but Rupert Murdoch’s outlets are Australia’s least trusted media brands, according to new Roy Morgan research.

The ABC retained its title as most trusted media brand in Australia, winning an inaugural “Roy Morgan Trusted Brand Award” in the process.

READ AN ARTICLE IN PEARLS AND IRRITATIONS

The wide-ranging Roy Morgan research ranks Australian brands in terms of their perceived trust or distrust by the public.

READ A ROY MORGAN MEDIA RELEASE ABOUT THE SURVEY

The survey is explained in the video below, with media company rankings appearing at around the nine-minute mark.

According to the ABC’s 2021-22 Annual Report, the corporation’s own tracking programme has found that trust in the ABC has actually increased by one percentage point in the past year.

With a target set at 80%, the annual report says 78% of survey respondents said the ABC was trusted buy all Australians, up from 77% in the previous year. 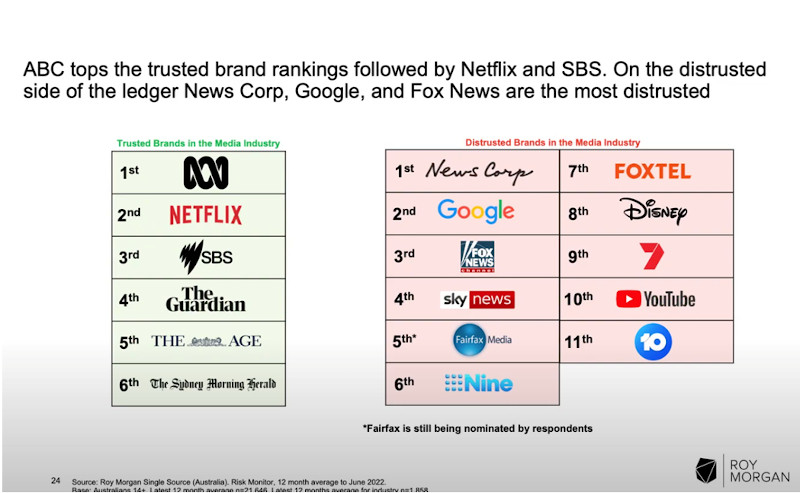