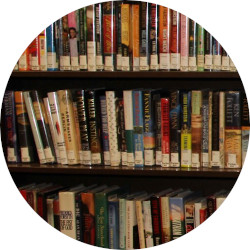 Serving and former ABC News journalists are outraged at management’s decision to sack 75 staff and contract librarians across the country, saying that it will immediately and directly impact the quality of the broadcaster’s news services.

ABC Management is seen to have “spun” the controversy by using the term “archive” instead of “library” (the term used by journalists, producers and the librarians themselves).

Most of the media followed the spin, concentrating on the need for an archive to document Australian history and the on features programmes like those related to the ABC’s 90th birthday.

But there has been no real discussion about how this move will have an immediate impact on the quality of day-to-day news.

Everyone thinks it’s crazy and another level of work intensification. Surely journos are not trained to do this specialist work which also has legal implications for rights etc. just as the ABC is crawling out of the worker underpayment scandal they impose this one! – senior serving ABC News journalist

At the beginning of every day, librarians are involved in news meetings or are in close liaison with producers, so as to prepare for the rush of requests that inevitably come at the end of every day for pictures.

When reporters return from the field to write and edit stories, that rush is inevitable, because every paragraph of a TV news report needs to be covered with appropriate pictures, which may refer to something that happened last week or last year.

A story on COVID, for instance, may require footage of the original outbreak in China, video of the vaccine production process, shots of people queuing for vaccines, and pictures of a World Health Organisation meeting.

Searching for, and isolating, all of this video takes time that a news reporter does not have.

The result will be what news journalists refer to as “wallpaper” — pictures of just about anything that will “do” rather than the best vision available.

We’ve been kept in the dark but reaction is strongly negative. Yet another task in an already busy job and using our key-wording as archive notes is an obvious disaster waiting to happen. They are almost always done quickly and roughly due to deadline pressure. The digital archive is relatively easy to search and use from the retrieval side of things … but that’s because it’s all been archived and shot listed properly. It will affect quality, no doubt — senior serving ABC News producer

News journalists do not have the time to go hunting for these pictures themselves.

In an extremely high-pressure environment, they require support to produce the sort of news videos the audience has become used to.

And newsroom staff consider the idea that journalists themselves will have time to sort through field vision and select what needs to be kept by the library as laughable.

All that shows is that David Anderson should have spent some time in news. He is relying on people who are telling him lies about how this will affect news. They have already said there will be no day-to-day service from archives for news. So next time someone dies don’t expect a nice story, expect something ripped off YouTube — serving producer on social media

Can we have a genuine conversation about the lack of time journalists have to properly research stories. Why are we doing this? — serving journalist on social media

This is a ridiculous decision made by people who have no regard or understanding of public interest journalism. — serving journalist on social media

Andrew Bell, a retired ABC 7PM bulletin producer who was also the last Executive Producer of Stateline Victoria, is in firm agreement with the despair about the issue emanating from ABC newsrooms.

This decision is the latest to be accompanied by assurances that nothing will change and standards will be maintained. We’ve been let down before, this is the time to say: “no more.”

As both a reporter and a producer the archivists’ work informed my work and made it far better. These staff members are storytellers themselves, taking joy in their visual and audio discoveries.

Pure and simple, this is vandalism. It’s a decision which leads me to wonder whether the organisation is fully fit for purpose as a public broadcaster.

One writer bucked the trend and spotted the “lead story” buried in the detail, that ABC News would be immediately affected.

RMIT University academic Lisa M. Given wrote in The Conversation:

Journalists are expert investigators and storytellers, but their success in reporting stories rests on their ability to find source material quickly and effortlessly – a process in which librarians and archivists play a key role.

Timely access to source material is critical. Extra time spent looking for resources – not to mention uploading and describing new material – is time taken away from journalists’ other work.

READ THE FULL LISA GIVEN ARTICLE