Looking back with delight... 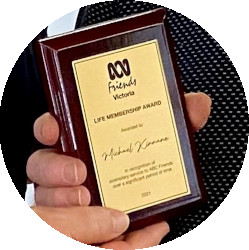 The success of the ABC Friends 2022 federal election campaign was a strong reminder to us of what ABC Friends does best – communicating pro-ABC messages directly to people, face to face, in community settings. Some ABC Friends have been doing it for over 30 years, and two of them have just been awarded Life Memberships.

Shirley Parkes joined Friends of the ABC when it started in 1996. She was one of the original team of letter openers and repliers, and a prolific letter writer herself. But her prowess was also in organising and running stalls. Shirley designed, created, decorated and managed countless stalls over the years. Ten days straight at the Royal Melbourne Show, regularly in the heart of Bourke St, at cultural events, festivals, concerts, rallies, demonstrations – Shirley took every opportunity to present the pro-ABC message. Including (fearlessly) confronting senior politicians, and she spent countless hours calling members, writing letters, and helping out in the office. 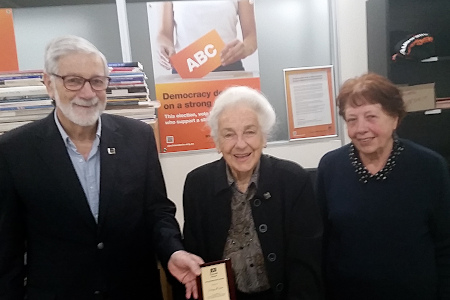 Shirley with Michael Henry and Rosie Spear, her nominator.

June Factor joined Friends of the ABC in 1994 and was President within two years. She led the battle against ABC budget cuts by the Howard government, which was a very visible campaign, culminating in a major rally which filled Melbourne Town Hall to overflowing. She used to carry the sacs of mail home, to be sorted and replied to by volunteers on her kitchen table (who later banked the cheques). She was a presence throughout the campaign, which saw the membership in Victoria grow to over 5,000. June stepped down as the longest serving President in 2000, stayed on as Vice President, and was still active in the celebrations of the ABC’s 85th birthday in 2017. 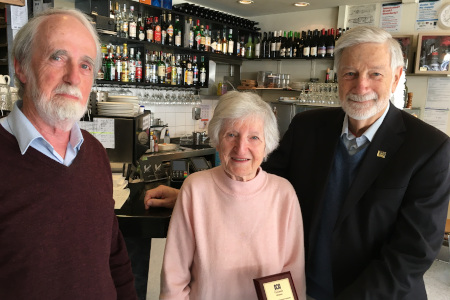 June with Peter Monie, her nominator, and Michael Henry.

...and looking forward with determination...

Our two new Life Members are shining examples of what it takes for the long term protection and support of the ABC. It is great to have a pro-ABC parliament and government at last, but the ABC’s enemies are not going away. News Corp, IPA, and senior members of the Liberal Party are ideologically opposed to the ABC – see other items in this newsletter.

We need our own long term strategies to ensure the future of the ABC as a properly funded, high quality, independent national broadcaster. Our ABC.

To that end we have launched an ABC Friends NewGen Initiative to attract young people to understand the importance of the ABC and the need to support it. 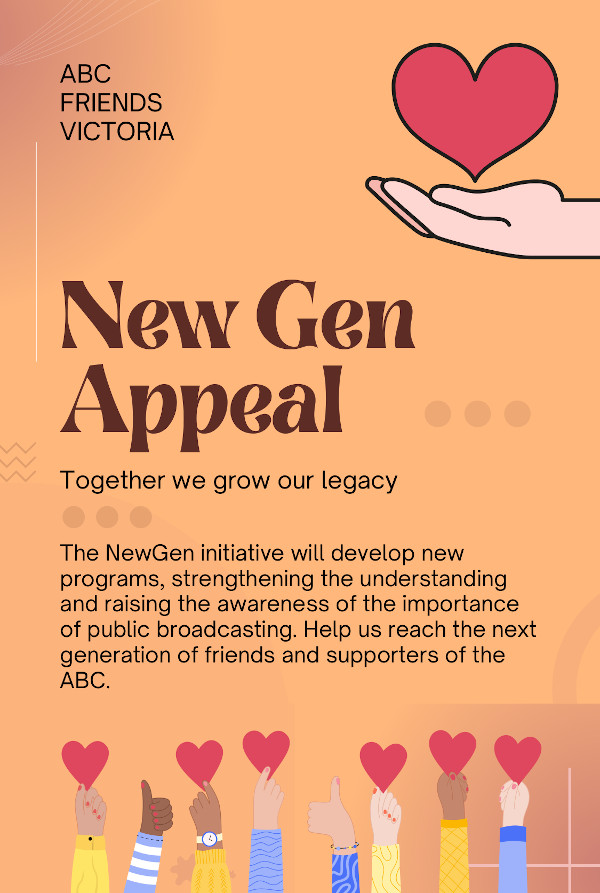 And our members and Groups are already out and about – stalls, festivals, events – in the time-honoured traditions of our two new life members.

Please don’t hesitate to let us know how you would like to help.