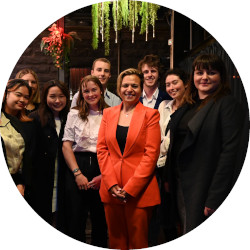 A new government, new Minister, and a new youth engagement program were all on show at the ABC Friends Victoria 2022 annual dinner last week.

ABCF Victoria hosted its very successful 2022 Annual Dinner on 15 November, at the Royal Melbourne Hotel in Melbourne’s CBD. The venue was booked out (150 diners) well before the dinner, with groups and members keen to make up for two years of COVID-cancellations.

The major attraction was the Keynote Speaker, the Minister for Communications, the Hon Michelle Rowland, who indicated strong support for the ABC, and announced the funding review which the government has in mind for the ABC.

We had the pleasure of the company of Zoe Daniel MP at the dinner, along with Peter Marks, Victorian Director of ABC Alumni and Andrea Hull AO, former Chair of the ABC Advisory Council. ABC Friends SA was represented by its Vice President, Peter Vandeleur, and the vote of thanks to the Minister was given by Cassandra Parkinson, National President of ABC Friends.

The Minister’s speech was very well received, and she took the time to meet the ABCF youth engagement team who attended the dinner. 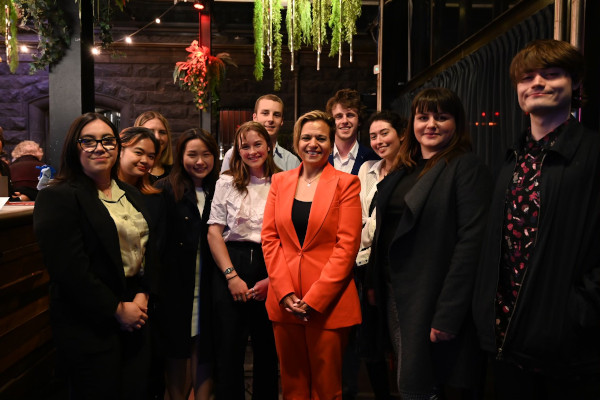 The occasion of the dinner was used to launch the new youth engagement program of ABC Friends Victoria, our NewGen Initiative. A description of the program can be seen HERE and we will be regularly reporting on its progress in this newsletter.

One of the highlights of the evening was the presentation of the inaugural 2022 Writing Prize. The prize is offered by Future Leaders as part of their promotion of young writers, for original writing by Australians forty years and under. The winner was Ashlen Campbell, who received the prize ($10,000) from Helen Sykes, Director of Future Leaders, at the dinner. Her essay was on “What is the role of publicly funded free media in Australia?”

Ms Campbell’s conclusion was that:

The full essay is published at www.writing.org.au