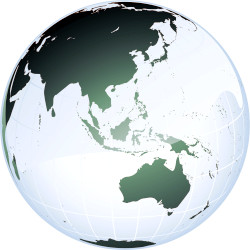 A recent article penned by a veteran Australian journalist living in Indonesia has highlighted Australia’s inadequate approach to overseas broadcasting, as Anthony Albanese promises to fix the problem.

Writing in the Pearls and Irritations public policy journal, journalist Duncan Graham, wrote that if Anthony Albanese had reached for his hotel TV remote control while visiting Indonesia recently, he would have been “swamped with shame.”

In his article entitled “A hodge-podge is not an international service” Mr. Graham laments the gross inadequacies of the ABC Australia international television service. He wrote:

ABC Australia programmes are shunted and shifted without notice. A presenter tells what’s coming next – then something different appears. The channel’s Internet TV Guide is a misnomer; TV Guesser would be better.

ABC Australia’s flagship is The World a one-hour news bulletin. Despite its title the programme is padded with parochial yarns. Other news spots get state bulletins wrapped with a local weather forecast. The heat in Halls Creek and rain in Albany may excite viewers in these tiny towns, but get a WTF response in Surabaya and Makassar.

ABC Australia (formerly Australia Plus), which is funded at $20m over three years, is a poor shadow of the former Australia Network, which was a serious effort to enter the international broadcasting scene and was funded to the tune of $250m.

Dedicated journalists, largely based out of Melbourne’s Southbank studios, sculpted international breakfast and evening news bulletins for each individual market.

There was a bespoke nightly current affairs show which was, again, designed for foreign and not Australian audiences, special correspondents re-wrote and re-edited some Australian news so that it would be interesting and make sense to people overseas, and, in addition to the ABC’s own correspondents, it employed dedicated foreign reporters in Jakarta, New Delhi, Beijing and the Pacific to report regional news back to the region.

When Radio Australia subsequently moved into the ABC’s News Division, it worked together with the Australia Network, forming the largest dedicated Asia/Pacific newsroom on Earth.

But the Coalition government of Tony Abbott took a wrecking-ball to the place, defunding it and leaving the ABC to try to cobble together a way to fulfill its charter obligation to broadcast Australia to the world.

At the ABC’s 90th anniversary event in Sydney earlier this month, the new Prime Minister offered hope to anyone who thinks Australia’s voice overseas has been unforgivably muffled.

He told the assembled audience:

The ABC is a crucial part of our ongoing conversation with our regional neighbours.

That is why my Government is committed to delivering an Indo-Pacific Broadcasting Strategy that includes increased funding to the ABC to boost Australian content and to project Australian identity, values and interests to the Indo-Pacific region.

On top of every other consideration, it is a prudent investment in our security and national interest.

Whether that means Labor will be funding a broadcaster with the depth and breadth of the Australia Network is yet to be seen.

But whatever the case, the government needs to be mindful that the distinct news markets in the so-called “Indo-Pacific” are not one homogenous group.

Much has been written recently about how the disappearance of Australia Network programming — and worse: the loss of Radio Australia’s shortwave broadcasts into the Pacific — is a void that has been filled by China.

In his speech, Mr. Albanese said:

When the ABC voice was removed from the Pacific, guess what nation moved in? Simple as that, a major mistake of foreign policy.

The Pacific Islands audience is a very distinct one that requires its own level of attention.

Playing endless AFL or NRL games all weekend (as the Australia Network did) may be ratings suicide in East and South Asia, but it’s a ratings winner in the Pacific.

Most Pacific Islands stories of interest to that region are of absolutely no interest in the Asian market.

It will be important for the new government to make this distinction, and to ensure that each market is catered for individually.