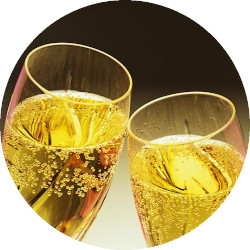 To the health of the ABC!

As local ABC Friend Tony Wilson and Our ABC both enter their 10th decade Tony and wife Robin will cut the birthday cake and call on Ballarat ABC Friends to raise their glasses to toast the ABC, Australia’s most trusted and loved media outlet, on its  90th anniversary.

On Monday 4th July, 2pm, at the Bunch of Grapes 401 Pleasant Street South, Tony Wilson, who was born the year before the ABC, and his wife Robin, both long term ABC Friends and advocates, will call the Friends to stand and raise a glass of champagne to toast the ABC.

Tony and Robyn will cut the 90th anniversary cake to celebrate both the ABC and Tony entering their 10th decade.

This is the first of several events Ballarat ABC Friends will be holding to celebrate the ABC’s 90th anniversary.

The topics are designed to draw out inquiry into the importance of public interest journalism and democracy.

Arnold Zable is a renowned storyteller, author and human rights activist who can talk about the importance of writing and democracy.

24th August. Arnold Zable will conduct a work shop at the Ballarat Library on creative writing.

14th  September, ABC Friends will be launching Who Needs The ABC? why taking it for granted is no longer an option. by Matthew Ricketson, Patrick Mullins. Venue: Ballarat Library.

It will be an “in-conversation” event, with Q&A, considering the history, evolved role and present relevance, strengths and needs of the ABC in a decimated media landscape where it is becoming increasingly difficult for journalists to hold governments and institutions to account.

Media representatives are invited to attend any or all of these events.