The “free speech” proponents who sue for defamation 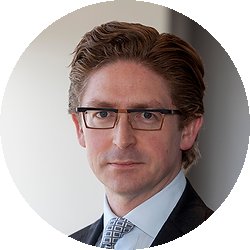 The untimely death of a renowned defamation barrister who advised and defended the ABC has highlighted the number of actions the broadcaster has faced.

A renowned defamation specialist, he was known for his sharp intellect and for being a brilliant strategist and tactician, as well as having a great sense of humour.

His sister, fellow barrister Katrina Dawson, was killed during the Lindt Cafe siege in 2014.

As well as providing advice for ABC programmes like Four Corners, Sandy Dawson SC represented the ABC in, for example, defamation proceedings in 2021 brought by NSW Racing boss Peter V’landys over a story relating to animal cruelty.

The ABC won the case.

Read about the V'Landys defamation case

Mr Dawson was also lead counsel for Nine Entertainment in the defamation fight with Ben Roberts-Smith.

In a special tribute on the 7.30 programme, presenter Sarah Ferguson called him a “loved and admired friend of the ABC” who had defended her own journalism brilliantly.

The unfortunate death served to remind audiences of the outrageous level of legal action the public broadcaster is required to face in a country with some of the world’s most draconian defamation laws.

As well as the celebrated failure of former Attorney General Christian Porter to sue the ABC in recent times, there are all too many examples of cases brought by figures who often describe themselves as champions of free speech.