The Liberal Party needs the ABC? 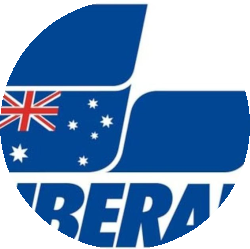 It may sound strange, but post its disastrous 2022 election result, revival of support for the Liberal Party may depend on it changing its policy on the ABC.

The Federal Council of the party to this day has a policy of privatising the ABC, which is clearly out of touch with the vast majority of Australians. Rescinding it could revive their reputation, or at least indicate change is underway. What will it take to change the Liberal’s negativity and policies on the ABC?

Moving into the new year, if we reflect on the Liberal Party’s record on the ABC over the past decade it isn’t pretty.

Starting with Tony Abbott’s televised broken pre-election promise of “No cuts to the ABC or SBS”, then:

There are noticeably many Liberal politicians, including cabinet members, who are also members of the Institute of Public Affairs, which has a stated objective to destroy the ABC. Some of them perceive that the ABC is “left”, or more receptive to “progressive” ideas and policies than conservative ones. There are no doubt some who are ideologically opposed to publicly-funded national broadcasting altogether.

Yet independent research shows continually, year-on-year, massive public support for the ABC to be circa 80%. Perhaps it is time for the Liberal Party to question the wisdom of an anti-ABC policy.

The constituents of its partner in the Coalition, the National Party, have a strong interest in supporting the ABC. Ask any farmer in our rural outback and they will tell you how important the ABC broadcasts are to them, how the ABC reaches them with important rural news no matter how remote they are located, and how the ABC’s Landline is part of life. As ex-Nationals president Tim Fisher famously remarked, “Australia would be Siberia without the ABC!”

If 80% of the public think the ABC is a good and necessary part of our society, generally providing a good quality set of services, then perhaps a pragmatic and believable attitude, a changed policy aligning with that public view, would bring the Liberal Party closer to the public’s thinking. Clearly, from recent federal and state electoral results, they need to consider a realignment.

What will it take for a re-alignment of Liberal policy on the ABC so that it better reflects the views of the Australian public?

The role of ABC Friends includes monitoring the policies of major political parties on the ABC. The Liberal Party’s policy is the current outlier. We will watch what happens with interest.