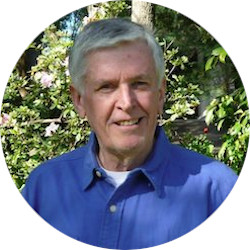 Generations of ABC journalists, editors and videographers bade farewell yesterday (1 September, 2022) to ABC TV’s first Foreign Editor, John Tulloh, who is being remembered as one of the broadcaster’s most influential, internationally renowned newsgatherers.

For about 20 years, “JT,” as he was affectionately known, supervised the coverage of every major global event, from the fall of the Berlin Wall to Tiananmen Square, the September 11 attacks to wars in the Balkans and Middle East.

Often, he would draw on his long friendships with former colleagues at other international broadcasters to ensure ABC stories were delivered to the audience well and on time.

A mentor, a gentle critic, he made us all better at what we did. Perhaps no single person contributed more to Australia’s knowledge of the wider world than JT.

Tulloh’s funeral service was held not far from the ABC’s “Northern Beaches Bureau” — the name given to his Sydney home by the many correspondents who relied on their editor’s commitment to be available on the telephone at any time.

Recently appointed ABC News Director Justin Stephens, and former foreign correspondent and ABC Editorial Director Craig McMurtrie paid their respects, with ABC (and CNN) veteran Ian Macintosh, who undertook six foreign postings for ABC News, calling John “One of a handful of the best newsgatherers in the world,” which was a statement nobody could contest, given John’s background and reputation from London to New York and beyond.

Also speaking at the funeral, former foreign correspondent and news executive Walter Hamilton said that, though JT was a producer of high standards, his manner meant that a correspondent would only realise they had been criticised well after the event.

In a tribute, Walter Hamilton wrote:

Tulloh wanted value-added stories from his correspondents, not pieces rehashed from briefings or handouts. He wanted stories that captured the mood and attitudes of ordinary people in middle America or downtown Tokyo, not merely the contesting elites. He deeply regretted the homogenisation of news

In his 40-year TV journalism career, which began at the then British-based international news agency Visnews, Tulloh witnessed the transition from film to digital file, telex to email, and shipment to satellite feed.

David Brill, a distinguished cameraman who knew him well, said: “The great thing about Tulloh was the consistency and loyalty of his friendships.”

A large contingent of some of the ABC News Division’s most important figures from the last 40 years attend the funeral service, including former and serving ABC foreign correspondents Michael Brissenden and Eric Campbell and former news executive Paul William.

A towering former foreign correspondent and News Director Max Uechtritz was a pallbearer along with one of Australia’s most awarded international cameramen, Louis Eroglu.

Sadly, John’s beloved wife Barbara was unable to attend the service for health reasons, but his sisters, who are resident in France and South Australia, joined Barbara watching the event on an internet live stream.