Will the ABC go online only? 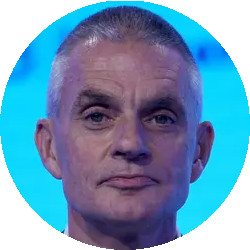 A speech to the Britain’s Royal Television Society by the BBC Director General has sent shockwaves around the planet.

In it, Tim Davie outlined his vision for the broadcaster into the 2030s, and it was a plan few supporters of traditional media channels would welcome.

Tim Davie shocked some members of the audience by saying that, over the next decade, the BBC would gradually work to become an online-only service.

Traditional BBC radio and television services would eventually be “switched off”. He said:

Imagine a world that is internet-only, where broadcast TV and radio are being switched off and choice is infinite.

A switch-off of broadcast will and should happen over time, and we should be active in planning for it.

The Director General indicated that the phase out of traditional broadcasting would be gradual, and that some stand-alone services would be the first to go.

Eventually, all radio and television services would come under one brand, available from one online platform, though individual programmes would live on.

The speech left supporters of public broadcasting around the world asking the same question: will it happen here?

The ABC already has some services that are only available digitally: the ABC Jazz and ABC Country radio stations for instance.

But Australia is in a distinctly different situation to the BBC.

Britain, for a start, is small and densely populated, so internet communications is easier.

Our population centres are relatively geographically isolated, and, although the creation of satellite broadband services like Elon Musk’s Starlink promise to provide good internet services to remote areas, there are still significant parts of the country where streaming television is too difficult.

What also needs to be considered is the ABC’s role as Australia’s emergencies broadcaster.

We have far more natural disasters than countries like the UK, and unless homes are connected to expensive satellite services, it would be relatively easy for a fire or flood or cyclone to knock out the internet, rendering wide communication impossible.

Australia’s network of towers and repeater stations, though not infallible, is much harder to bring down, allowing for battery-operated radio services even when the power goes out.

It was a prospect discussed recently on ABC Radio Adelaide with a freelance journalist and technology writer.

So it appears that, even if ABC management does want to go online only (a move that would certainly save millions of dollars per year), it will take a lot longer to achieve in Australia than it will in Britain.